So it feels like just a few weeks ago that I was slogging my way towards to the Blue Lake in Rotorua, but as it turns out it was nearly four months ago (and two months since my last blog post). In contrast it felt like the Hillary event was ages away, there would be heaps of time to get ready. Well surprise Brent, it’s in a week!! And you’re not ready.

Over the past few months it’s been a real struggle to put in the time on my feet that I needed to, it just seems like things have been conspiring against me. After battling at Tikitapu with, what I thought was, a sore knee I turned to Chris. He quickly worked out it was in fact tight hips causing all the trouble and I was given stretches to work it out. Chris was spot on and by mid December I seemed to be over that issue. Sweet, time to get cracking? Not so fast – it’s Christmas break.

While Christmas started off well with me winning an entry to the Auckland Xterra Series thanks to the Santa Laws (AKA Malcolm and Sally) and their Wild Things Trail Running Club, things went downhill from there combining the standard extended family drama, too many craft beers to try, and the decision to paint our house. All this added up to me getting only getting a few dozen km in. Bums – maybe things will return to normal in the new year?

Now back at work, I was again thwarted. Recent investment at work has meant a huge amount work for me upgrading our equipment and training new staff. This combined with the heat has been leaving me drained at the end of each day and not really wanting to gear up and go for a run. But knowing I would be in for an absolute living hell if I didn’t, I had to suck it up and get onto it, if just to make the cut off.

So thanks to a couple of runs with the Trail Running Adventures Group I’ve managed to get some good kms in. Including a killer 20km Te Henga out, out of water and back, where I (and others) learned how important having enough water is. I tried to keep up with my 5 year old daughter in her first 2km race. And on a run with Dale, I had a wee taste of what to expect at the start next weekend. I’m not going to lie, last year I was intimidated by Te Henga. But if that was intimidating, Kuataika Track has me shitting bricks, not to mention that after Kuataika there is still a whole Te Henga to go!

So with a less than perfect lead up, where my taper started late December, I’m hoping my carefully crafted race plan will hold me in good steed – There is beer at the end. 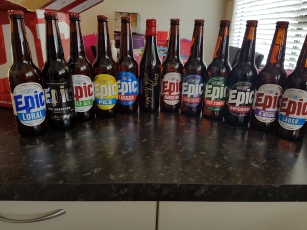 A beery Christmas to me

Out on a TRA run on Te Henga 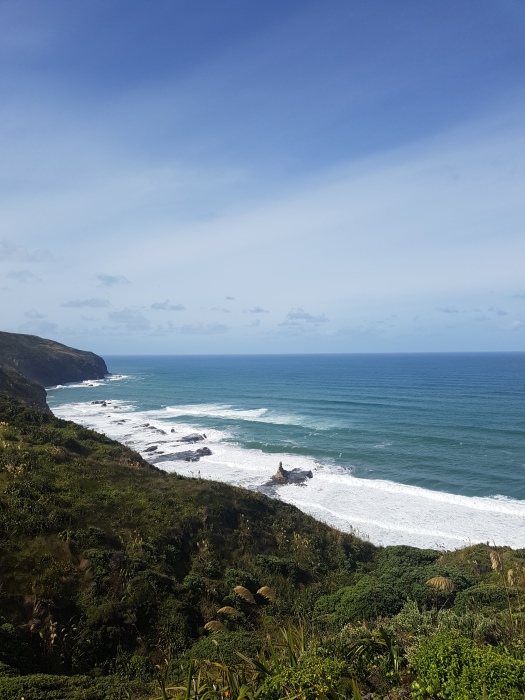 Never get tired of the view

Amber ready to smash it

Amber leaving me in her dust 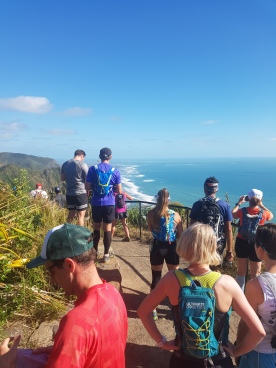 Another TRA run from Piha to Karekare 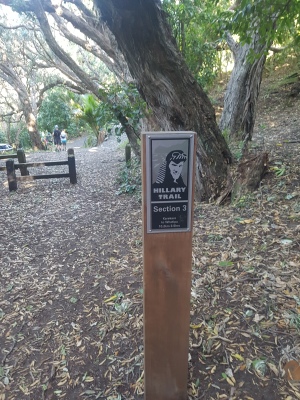 Still so many sections to do 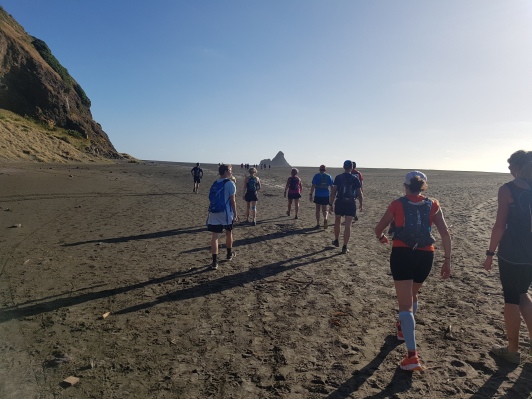 Filling my shoes with sand

At least the effort is worth the view