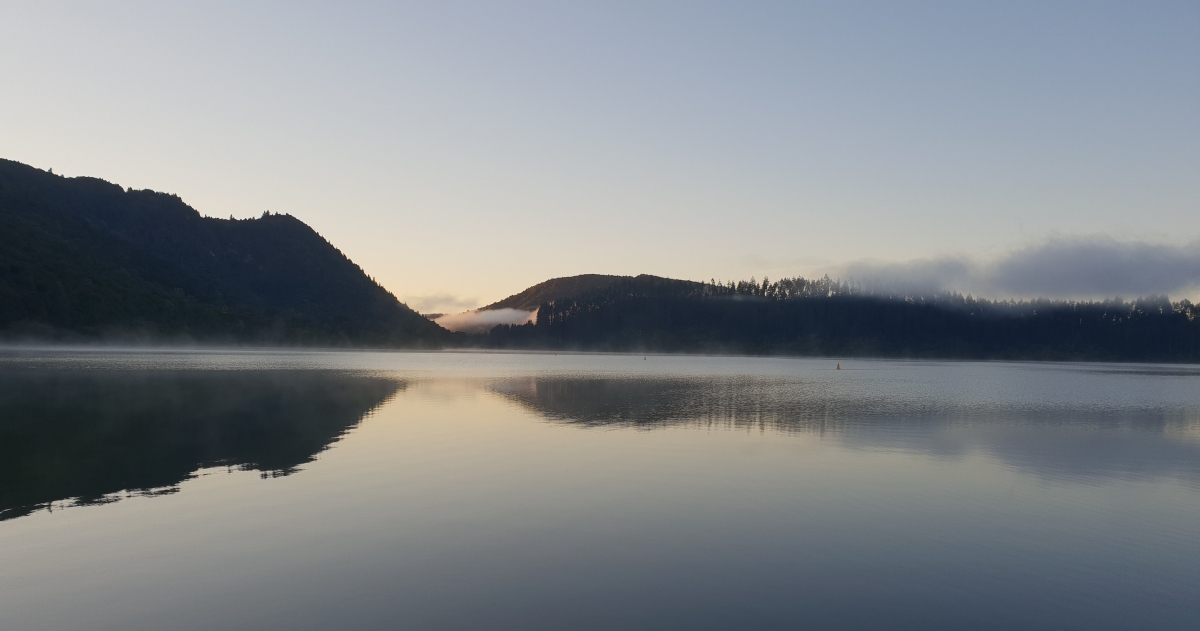 I’d never quite felt right in saying I run ultramarathonS since I’d only done one, it should have simply been ultramarathon. My aim was to get the ‘s’ this year, but I wasn’t planning on any of the big events. I simply couldn’t commit to the time needed for training, not to mention the cost, so what was I meant to do? Find the cheapest, easiest (it’s a relative term) event with a huge cut off. You can’t do much better than 5.5km (80m gain) loops of the Blue Lake in Rotorua, with a 24 hour cut off, oh and it’s free (though I did donate to their Give-a-little after and a bag of lollies).

I’d seen pictures of people at the Blue Lake 24hr last year and thought that it was a bit of me. A super chill event with only a couple of rules:

I though this would be a bit of a chance for me to test a few things for Ring of Fire next year. I’m more than happy to run by torch light, but I wanted to see how the batteries would last (I seriously doubt their 15hr claim). I was hoping to try my cold weather gear, as I normally don’t need it. It was a chance to see how the long hours on my Infinit mix would go. So my goal was 50km, and with my current training I though I was going to need a lot of those 24hrs to get it done. Well, that was plan A anyway.

For Tarawera last year I’d planned the shit out of that. I had everything laid out, I had lists, I’d read course notes, I took time off work, I was ready to run it the weekend before. Blue Lake was nothing like this. I was packing at 11pm Thursday night, left work late on Friday, I was buying a new airbed, pillow, food and pillow case on the way to pick up my car mate for the trip, Bronwyn “Runs every event” McKeage. Then we had a slow traffic filled trip out of Auckland to arrive after dark.

I’d wisely made the call to stay at the Blue Lake campgrounds across the road from the event base. I’d unwisely made the call to buy a tent from the Warehouse. At the Gazuntite event earlier in the year my Warehouse tent was without poles, I returned it and received a tent without pegs this time. After trying to make it work for a few minutes, I gave up and folded the seats down in my car and threw the air bed in. Thankfully, I’d replaced my little Corolla with an XV wagon at the start of the year, otherwise it would have been a cramped sleep.

After the very rigorous official registration process of writing my name on the appropriate white board, it was time for the 8am start to the 24hr period. I headed off with fellow runners, the ever-speedy Rhys and Brian, who was having a crack at his first ultra. Rhys left us at it after a lap or two, as he saving his legs for the midnight marathon. 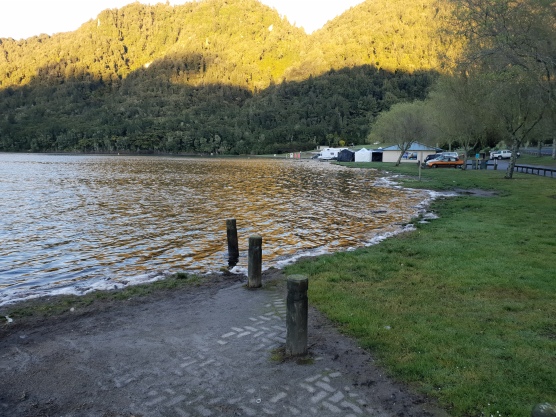 Not much beach this year. 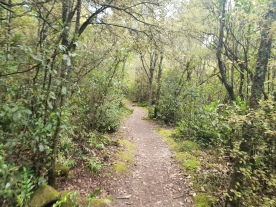 This was 500m after the “aid station”

There is not too much to say about the Blue Lake trail itself; it’s a nice pretty easy running flowing trail, all the real gain is in one set of stairs followed by a steady uphill. I thought that it was going to get old really quick, and it might have been if not for the company of Brian and the endless supply of quicker runners filing past. Normally in a point to point race, the speedsters take off never to be seen again. On the loop, you would see them every few laps, and most would slow a bit to chat for a few seconds. It was great to hear how many laps people were aiming and which events they were training for.

Somewhere around lap 4 or 5 I lost Brian, I stopped to use the little ultrarunners room and I found out later he nipped back to the campgrounds for a break (he did return to get his first 50km finish). So now on my own I started to set myself points on the trail; walk from that rock, run from that tree, etc. Using these goals, I made sure I didn’t get lazy and walk more than I should. I did the same with my nutrition, take a sip here, big gulp there, aim for 500ml/lap.

It was all going well, except for my watch losing its mind and shooting my tracking all over the place, at one point I was running a 3:40min/km pace. I was even stupidly thinking I had a slim chance of getting a 100km mug. But I got a bit stubborn and just wanted to get my 10 laps done by 7pm, before the food truck closed I must add. I finished lap 9 and 49.5km, and headed off slowly to get the 10th.

Only got lost a couple of times. 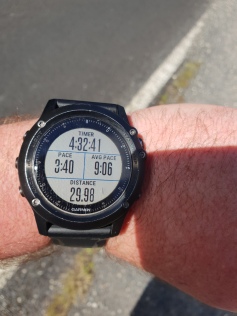 In hindsight, I should’ve taken a break before lap 9. In those last laps a couple of blisters flared up reducing me to a walk for the entire tenth lap, but I got it done and knocked off 55km, my longest ever run. Pausing only to grab my wallet out of my bag, I was off to get me one of the chicken burgers I’d heard about on the trail . Now fed, it was then time to treat myself with what I planned to be a mid-race shower. Here I made another mistake, I should have put (fresh) running gear back on, not warm clothes. My motivation to go back out was fading fast.

I popped back down to the ski club to grab my gear bag and cheer on the hardy few bridging the gap to the midnight marathon bunch. Having intentionally not spent too long in the club during the day I now got a full load of the community spirit this event has. There was what seemed like an almost continuous stream of people bringing in food; there was hot soup, roast beef, pastas, cake, and the smell of freshly baked cookies. Race Director for the day Chris was there working his hardest to make runners stays as comfortable and as long as possible. Offering returning runners chairs, Fireball Whiskey, warm food, hearty banter, or a spot by the heater, all in an effort to make people throw in the towel.

But these were the hardy souls with a mission, who would not be falling for Chris’s advances this night. Shaun ‘Running Beast’ Collins was making short work of his 100 miles, Bronwyn was a handful of laps away from 100 km, and the most determined of all were the ones out for the TUM miler qualification. The desire to jump back in rose and I formulated a plan that I would set my alarm, have a nap for a few hours, and return at midnight. This was plan B.

So, I woke up at 6am the next day. What is it they say about best laid plans?

So, it was onto plan C. I grabbed some food and headed back to the lake to see what had transpired in the wee small hours. Checking the boards, I saw that both Shaun and Bronwyn had hit their targets but Rhys unfortunately had a bad morning and dropped from the marathon. I was just in time to catch the Italian gazelle Ferruccio finishing off his marathon.

All that was left to do was pack up my accommodation/car and head home. I was pretty happy with my effort considering my complete lack of training, my nutrition was on point, and the new pack felt good. But also, oddly a bit pissed that I finished my laps faster than expected, slept too long, and didn’t get to test out my gear at night. What the hell is wrong me?

If you’re after a real grass roots event that’s a bit different and dare I say, an “easy” ultra, then the Blue Lake 24hr is an event that is definitely worth taking a look out. I’ll be going back to the mug next year.